The Apple Watch 7 is currently the best Apple Watch and best smartwatch around, giving iOS users an extension of their iPhone on their wrist. But soon, Pixel phone users (and the larger Android user population) will have a dedicated wearable, too.

While Wear OS 3 smartwatches still have a lot to prove, the Pixel Watch could be a game-changer and become the best smartwatch for Android yet. Whether it’ll beat the Apple Watch remains to be seen, so here’s what we know about the Google Pixel Watch vs. Apple Watch 7 for now.

The Pixel Watch rumored price is a mystery, since Google hasn’t given us a clue about the cost yet. That said, we got a tip from Twitter user Yogesh Brar, who said the Pixel Watch will cost between $300 and $400. An earlier rumor suggested a $400 Pixel Watch price tag. Another leak says Google’s debut smartwatch will come in two sizes and at least four watch band options, too. It’s unclear if that includes LTE versions.

Our first real look at the Google Pixel Watch design shows off rounded face with a digital crown on the right side, and a pair of buttons as well. For now, we know it’s coming in a silver or grey finish, though no clue as to other colors. We think the Pixel Watch’s design makes it a rather clean and minimalist smartwatch, somewhat following the design language of other Pixel devices. Interchangeable bands, meanwhile, could offer users a bit of customization.

Multiple Apple Watch 7 colors and swappable bands lets users personalize the smartwatch. And since it’s been around longer, there are many more Apple Watch accessories on the market than Pixel Watch ones.

As of this writing, we know very little about what the Pixel Watch will do, beyond that it’ll run Wear OS and be loaded apps like Google Assistant, Google Maps and the new Google Wallet with IDs announced with Android 13.

It’s exciting to know the Pixel Watch will also borrow from Google’s Fitbit acquisition to include workout tracking, sleep tracking and stress tracking. However, we’ll be looking to see if it can rival the Apple Watch 7’s fitness features and sensors. The Apple Watch has SpO2, heart rate and ECG sensors among other tools like fall detection, noise alerts, period tracking and an altimeter.

Given both the Google Pixel Watch vs. Apple Watch 7 only work with their compatible software ecosystems, there won’t be a big question about which you’ll want to buy. Besides, as mentioned earlier the Apple Watch 7 might not be on the market by the time the Pixel Watch becomes available.

Still, the Pixel Watch is shaping up to be the ultimate accessory for the Google Pixel 7 and more of the best Android phones. Who knows? The Pixel Watch could even convince me to ditch iPhone for Android. Only time will tell what the best smartwatch of the year will be.

WTF Is Luna? WTF Is “Stablecoin”? 5 Things You Need To Know About The Crypto Crash

Sun May 15 , 2022
Over the very last several times, the cryptocurrency globe has faced an rigorous shakeup because of to the precipitous drops of a stablecoin called TerraUSD and its sister forex Terra Luna. The crash has rattled the broader crypto marketplace, and other tokens together with bitcoin and tether have also struggled. […] 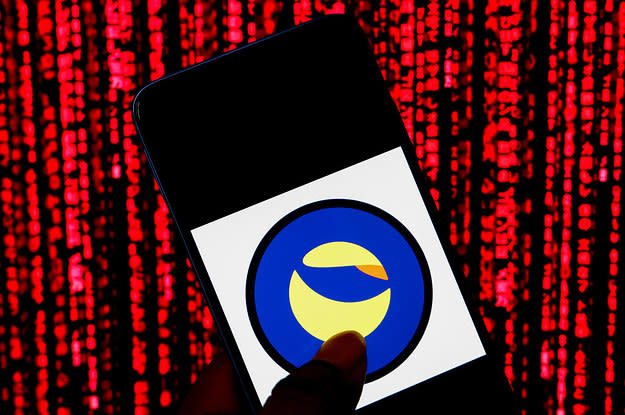