OnePlus has always been a brand that’s undercut its competition in terms of pricing and offered some of the best cost to performance ratios; this year, the OnePlus 10 Pro comes in at $899, but it’s not the only device worth considering at that price. The Google Pixel 6 Pro marks the return to flagship-level hardware for the software-first company, and it also undercuts the flagship devices sold by Apple and Samsung.

Each phone in this article has its unique strengths and drawbacks, and choosing between them can get confusing for some. Thus, in this article, we will be comparing the two devices to see which one of them could find a place in your everyday carry.

POCKETNOW VIDEO OF THE DAY

Starting with their designs, the OnePlus 10 Pro and Pixel 6 Pro have minor differences in overall dimensions but feature drastically different looks. The OnePlus 10 Pro has a more curvy design, while the Pixel 6 Pro swings towards a boxier look; this difference is apparent when you first see these devices. But build-material-wise, they are right on each other’s toes as they use aluminum for their frame and Corning’s Gorilla Glass on the remaining portions. For the Pixel 6 Pro, we have confirmation that the front and back both use Gorilla Glass Victus, but on the OnePlus, it seems only the display receives the premium treatment.

The other noticeable difference in these devices is the presentation of their camera arrays. OnePlus 10 Pro takes cues from Samsung’s Contour Cut design language and ships with a camera island that rises out of the metal frame; On the contrary, the Pixel 6 Pro chose to add a horizontal bar along the entire width of the phone to house its camera hardware.

But bringing your focus back to the front, both phones ship with 6.7-inch QHD+ AMOLED displays. Although, their resolutions do vary because of the slightly different aspect ratios. Both panels also support adaptive refresh rates; although, the OnePlus 10 Pro does one-up the Pixel 6 Pro here, as it can go as low as 1Hz, compared to the 10Hz minimum on the latter. While it’s not bound to have a significant implication on battery life, in my opinion, any teeny-tiny advantage helps.

Both displays also make way for the front camera with a hole-punch cutout, but I’m not a fan of how the OnePlus 10 Pro places its camera cutout to the left-hand side and much prefer the center positioning on the Pixel 6 Pro. But to each their own, isn’t it?

What processor do these devices feature?

Comparisons between processors at the flagship level are often irrelevant as OEMs tend to pick the best available option and bake them into their devices; this tends to make the performance difference between devices negligible, and it’s a similar case here with the OnePlus 10 Pro and Pixel 6 Pro.

The Google Tensor — Google’s very own SoC — is a key selling point for the Pixel device, not because of the power it packs but rather the brainy components behind several of the smartphone’s unique features. If you’re looking for a power comparison, the chipset is said to be equivalent to the Snapdragon 865.

On the other hand, the Snapdragon 8 Gen 1 on the OnePlus 10 Pro is two generations newer than the comparable Snapdragon 865 and as apparent from an in-depth comparison by XDA, it is seen that the processor does hold a significant improvement, not only over the 865 but even last year’s Snapdragon 888.

So if you’d put the OnePlus 10 Pro next to the Google Pixel 6 Pro and run a direct comparison between performance, the OnePlus will come out on top. But irrespective of this difference, we’d say both devices will be able to handle most tasks you throw at them with relative ease and not be a hindrance. These units also ship with 12GB of RAM, so holding your applications in memory should not be a non-issue.

How does the camera hardware on OnePlus 10 Pro compare to Google Pixel 6 Pro?

Camera hardware is the one area where the Google Pixel phones have always held an upper hand, and OnePlus devices have fallen behind. But this year, if you’re going to shoot images in daylight, both phones will give you satisfactory results. Yes, the Pixel 6 Pro will have an advantage due to its mastery over HDR; hence, making your images look better, but it is something that one can overlook if device performance is going to be a metric under consideration while buying a device.

Speaking of the exact sensors you will find here, the OnePlus 10 Pro’s camera hardware includes the same 48MP Wide camera and 8MP Telephoto used in the OnePlus 9 Pro, but there has been a change in the ultrawide, as the OEM now uses the JN1 Sensor which has a 150-degree field of view, perfect for capturing images enough of your surroundings from a difficult angle — there is also a fish-eye mode. On the other hand, the Pixel 6 Pro includes a 50MP Wide sensor, 12MP Ultrawide, and a 48MP Telephoto lens, each of which is a marked improvement over the past hardware we’ve seen on Google phones and produce results that are hard to beat. We’ve detailed the exact specifications in the table below.

Pixel 6 Pro also has some additional advantages, like its ability to record footage in 4K via the front camera — OnePlus 10 Pro is limited to 1080p — and the bucket ton of software features like Magic Eraser, Astrophotography mode, among others.

How does the OnePlus 10 Pro compare to Google Pixel 6 Pro in terms of battery life?

Comparing the battery life of these devices is quite easy; each phone comes with a 5000 mAh cell, and if you’re looking for one that can last through a whole day of use, these devices can accomplish that task just fine. A factor where OnePlus holds an advantage over the Pixel 6 Pro is the charging mechanism implemented.

The OnePlus 10 Pro comes with support for 65 SuperVOOC charging, which has a claimed ability to charge the device from 0 to 100% in 34 minutes, and it also supports 50W AIRVOOC charging. On the other hand, Pixel 6 Pro has reports stating it charges with a power input lesser than 30W when plugged in — acquiring 50% percent charge in 30 minutes. And if you decide to wirelessly charge, this speed reduces to 23W when using the Pixel Stand and 12W if using any other Qi Wireless Charger.

So if you’re in a situation where you need to pick between the OnePlus 10 Pro and Pixel 6 Pro, here are some of our thoughts on these devices.

The Google Pixel 6 Pro is a great buy if you’re looking for a software experience catered to your liking. The device also has the advantage of being first in line for every update and access to a plethora of unique features. The camera hardware on this device is also a proven element, and Google’s decision to upgrade its sensors after years of using the same 12MP unit has led to many positive comments. But if you’d ask us to mention a negative for this device and why you should possibly consider the OnePlus, it is the fact that the Pixel 6 Pro has been stricken with incessant bugs since launch, though Google has been steadily dealing with them. Hence, if you don’t mind facing the occasional bug, value a device whose cameras will never disappoint, and need a software experience that remains simple and effective, then Pixel 6 Pro is the device to get.

On the other hand, if you find yourself to be a power user who is often on the move, the OnePlus 10 Pro is the one to consider! The Snapdragon 8 Gen 1 processor will allow you to accomplish any task you throw at the device with relative ease. And the 5000 mAh battery, supported by the SUPERVOOC charging standard, will ensure the device is ready to go in the shortest period of time. The cameras on this phone will present you with more than acceptable results, making it another all-around device worth considering.

In short, both devices are a great combination of hardware, and choosing between them would be a decision that’s down to whether you need the extra power for heavy days or you need a camera system that won’t disappoint.

OnePlus 10 Pro ships with a 6.7-inch QHD+ display that uses a 2nd generation LTPO panel. It also features the Snapdragon 8 Gen 1 and aims to deliver a unique camera experience with a 150-degree Ultrawide camera and implementations from the second year of the Hasselblad partnership. For $899, it offers capable hardware that can hold its own in the sea of flagship smartphones.

The Google Pixel 6 Pro is the first flagship-level offering from Google after it spent a year away with mid-ranged devices. It features a 120Hz 1440p display and a triple camera system with all-new optics.

Track Those Leftovers With This Little Timer

Mon May 2 , 2022
We’ve all at some point in our life opened the fridge door and straight away wished we hadn’t. A miasma of stench envelops us as we explore that past Saturday’s leftovers have been neglected, and have gone off. If only we had some way to retain observe of these kinds […] 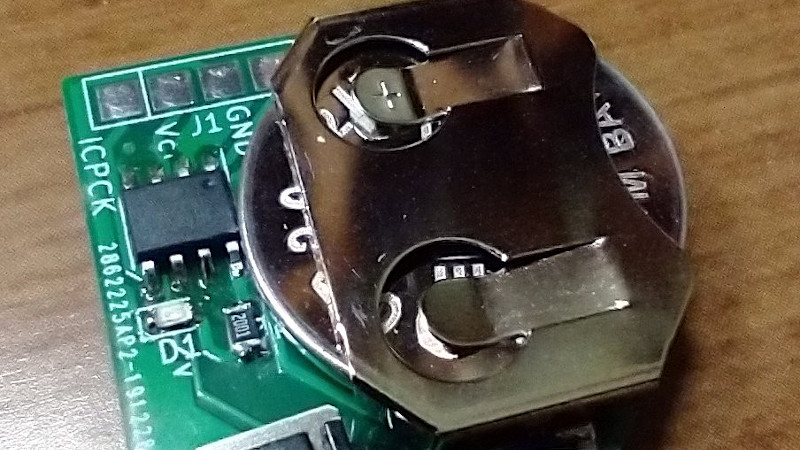