Samsung presented its two new foldables to the world in August this year. It quickly became clear that the Galaxy Z Flip 4 was much more popular than the Fold among customers, which we strongly believe is due to the form factor and relative affordability. This in turn inevitably called the former Google subsidiary Motorola into action, which brought an equal competitor into the race with the Moto RAZR 3—sorry, Motorola Razr 2022, as it is now known as this year. As always in our comparison articles, we will begin with our overview of the most important specifications of the Motorola Razr 2022 and Samsung Galaxy Z Flip 4:

You can also find the links to our reviews for both foldables in the table above. Head on there if you are interested in the Motorola Razr 2022 or Samsung Galaxy Z Flip 4 in greater detail. Do take note that the Motorola Razr 2022 is not available in the US officially, which is why we have listed the price in € to reflect its availability in the European market. If, on the other hand, you do not yet know which foldable smartphone you would like to pick up, you can find a comparison of the most important differences between these devices here.

When you see the two foldables for the very first time, a well-known slogan from a chocolate manufacturer not mentioned here will probably come to mind: square, practical, and good. And that pretty much sums it up for the Razr 2022 and the Z Flip 4. Both Android smartphones are rather compact in size with an approximate edge length of 8 x 8 centimeters, where they can be easily stowed away in a handbag or pants pocket.

That is probably one reason why Samsung says that the Flip sells much better than the Fold. Both offer a full OLED display with a size of 6.7-inches across diagonally when opened. However, the Razr 2022 is a bit wider, which will definitely be unpleasant for people with small hands.

On the other hand, the display of the latter offers much better viewing due to the 20:9 format. You can use the “pinch to zoom” function for YouTube videos in landscape mode, which is one particular insurmountable hurdle when it comes to mobile gaming, says pro-gamer Antoine. Black bars strongly affect the gaming experience.

I also see the Motorola handset to be a slightly ahead in terms of stereo sound. Furthermore, the crease is more noticeable on the Samsung foldable than on the Razr. You really have to make an effort to find it (see video below).

Smartphones with a foldable display usually have a special feature on board, which the Razer and Flip also support: a secondary display on the outside. The Motorola foldable also scores better here. Not only is its 2.7-inch screen larger than the 1.9-inch screen on the Samsung Z Flip 4, it also offers a wider range of functions. For example, all installed apps can also be operated from the outside, including a virtual keyboard when needed.

Both smartphones have the Snapdragon 8+ Gen 1 installed underneath the hood. That was the fastest SoC (System on a Chip) from California until November 15, 2022, when Qualcomm officially presented the Snapdragon 8 Gen 2. Thus, there is no question in terms of speed and compatibility with high-performance games. Nevertheless, for the benchmark fanatics among us: The Flip 4 delivered a whopping 938 points in single-core and 3,706 points in multi-core in Geekbench 5. In contrast, the Moto Razr 2022 has a bit more performance with 1,310 and 3,957 points.

To be fair, we also have to add that the Razr throttles the eight cores more after just a few minutes because the CPU could overheat due to its construction. Samsung also does have thermal throttling, but it is not that aggressive.

On the other hand, the memory distribution is unpleasant. Both models are available with 8 GB LPDDR5 RAM and 256 GB internal program memory (Motorola: UFS 3.1, Samsung: UFS 3.2), but without any option for memory expansion via a microSD card. Samsung compensates for the shortcoming, however, as 128 GB and 512 GB storage options are also available for purchase as alternatives. Motorola also has other storage options on offer in China.

In terms of connectivity, both candidates are optimally equipped. Bluetooth 5.2, Wi-Fi in all classes including Wi-Fi 6 and fast 5G support are guaranteed for the Motorola Razr 2022 as well as the Samsung Galaxy Z Flip 4.

The Galaxy Z Flip 4, apart from the negligible 10 MP front camera, falls behind on the spec sheet with two 12 MP sensors for the main camera, Motorola’s folder scores better here with its 32 MP camera that is located in the main display, and there is also a 50 MP and a 13 MP camera on the outside. Basically, these figures sound and look impressive on paper, but in real life use, the performance varies.

On the one hand, Motorola practices 4:1 pixel binning (also for the front camera), and on the other hand, we still have actual results based on the photos shot by us at NextPit. Without having to beat around the bush, we can attest to the good quality of both cameras in daytime shots (or good lighting), although I tend to lean a bit more towards the Motorola, since Samsung overdoes it a bit with the AI-enhanced colors.

However, we’ve included a shot from our test lab in our image gallery for the best possible comparison (more sample shots in the reviews).

I was really shocked by the night shots: Both the Flip 4 and the Razr 2022 needed multiple shots to obtain the right result in the end. In the video below, you can view a night shot of the Razr, which is hard for the trash can. Samsung performed better here with unintentional blurriness. However, if I manage to take a picture at night, I think the Samsung edges further ahead.

You are probably wondering why MaTT thought that the front camera can be neglected? It’s simple: Both smartphones can use the outer display as a viewfinder if desired – so you can use the main cameras for selfies. If you want, a hand gesture can also be used to trigger the camera. Once again: You can also place the smartphone half-opened on the table and thus save on having a tripod.

If I had to choose one of the two foldables in the camera category, it would be the Motorola Razr 2022. Why? Because night shots are generally rarely great – and therefore I prefer the better daylight shots.

While the Razr 2022 has been ahead in almost all respects so far, it begins to fall behind when it comes to system updates. Just think about the fact that Motorola used to belong to Google. To deliver only two system updates and three years of security patches here is a real indictment of how far it has fallen.

Lenovo as the current parent company answered the question why that is so by saying that they would usually deliver longer updates for flagships. Nevertheless, there is no guarantee for this statement. Samsung is a true role model in this topic with four years of system updates and five years of security updates.

Both manufacturers installed their respective user interfaces based on Android 12. Samsung has the more playful version here, while Motorola decided to take the almost vanilla Android route. Many additional features give real added value in both foldables. However, the Razr is not inferior in this aspect,  and also offers a so-called split mode that optimizes working on the desk at a 90-degree angle.

So there are no advantages for either of the two here. Sorry, I just can’t get over it, but two system updates at a time when Android 13 is practically already available? NO WAY! Unless you don’t care that much about updates in general, Samsung is the clear winner here.

First things first: No, there is no charger in the box of the $999 Samsung foldable! However, Motorola does include one, and it is not just any power supply, but a “TurboCharger” one at 30 watts.

In return, the Flip 4 does rack up points for wireless charging support, which I personally find to be quite practical in this age where Qi charging is more commonplace in the center console of some car models.

Both are on the same level in terms of battery life. We are talking about an average of an entire day’s use without requiring a charge halfway through. On top of that, the Samsung battery benchmark was almost twice as good while Motorola’s 3,500 mAh battery is smaller than the 3,700 mAh battery from South Korea.

So, the attentive reader has probably already noticed the recommended retail price in our table. Nevertheless, here are the details for the sake of completeness.

Both smartphones are already available: the Motorola Razr 2022 only in Satin Black (in Europe), with the Samsung Galaxy Z Flip 4 arriving in Bora Purple, Graphite, Pink Gold, and Blue. Samsung offers more individual color options with its “Bespoke” program.

Now that we have come to the end of the article, here lies the crucial question: Which of the two foldable devices does NextPit recommend? If it is purely about the features as well as the hardware equipment, the Motorola Razr 2022 is the clear winner for me. However, I assume that the Moto foldable will remain quite stable in terms of price, which is not likely to be the case for Samsung.

For those who want to focus on updates and have tiny hands: clearly the Samsung Galaxy Z Flip 4 wins, hands-down (pardon the pun).

Now you have read the differences between the two most important foldables in the form of a clamshell design. Which would you choose if you were to buy one? The Motorola Razr 2022 or the Samsung Galaxy Z Flip 4? Do you prefer longer updates or having a better looking display?

The best smartphones you can buy in 2022 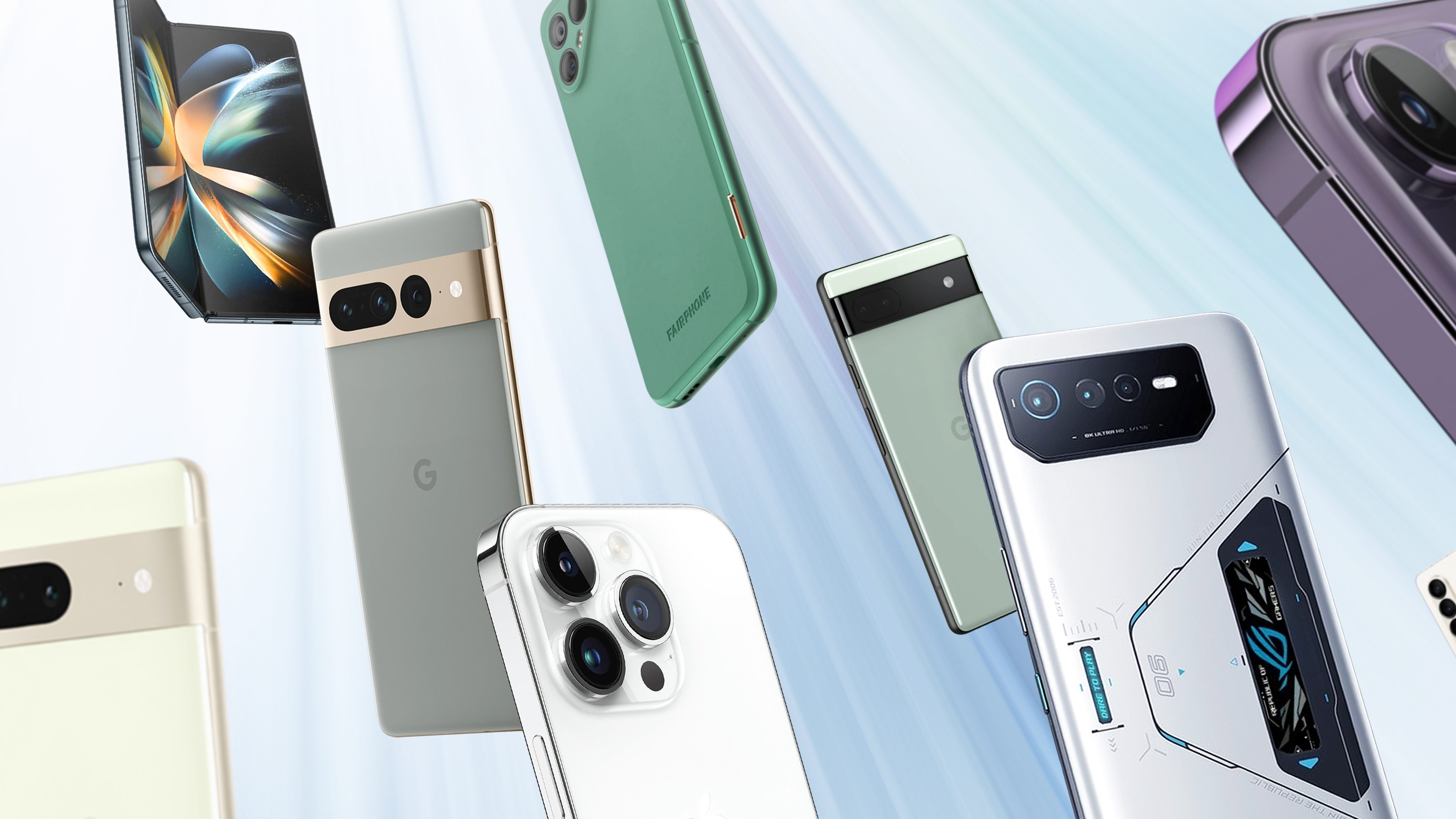