Cosying up for a film with the fam might be a Yuletide tradition, but screening the same flicks each year is a ticket to blockbuster boredom. Keep your home cinema in business with our pick of the best Christmas gift ideas for movie lovers.

From 4K streamers to immersive soundbars, this motion picture kit is guaranteed to upgrade your watching grotto. And because no amount of movie marathons is enough for some cinephiles, we’ve also included a selection of A-list merch to entertain them after the credits roll.

None of our recommendations will improve the acting in Santa With Muscles. But they will make it easier to find gifts for a film buff. So pop on the popcorn maker, lean back in your director’s chair and declare Christmas a wrap.

Our pick of the best Christmas gift ideas for movie fans

Amazon’s third-gen Fire TV Cube is, shockingly, still very much cube-shaped, but the multi-talented streaming box has never been more useful. Now wearing a fabric dressing gown like its counterparts, the new Fire TV Cube is unsurprisingly slicker and more powerful than its predecessor, with an improved Alexa remote too. But the biggest addition is an HDMI-in port, which allows you to plug in set-top boxes and media players so you can control them using just your voice.

It wouldn’t be Christmas without a game for everyone to drunkenly fall out over, and Clipology is a great pick for a family of competitive cinephiles. Combining traditional board game play with real clips from TV and movies that players have to identify as they appear, this one’s more interesting than that dusty Snakes and Ladders under the bed, and all video content can be accessed on your TV, phone or tablet.

No movie night is complete without the salty crunch of popcorn. These silicone cups allow you to make a batch that’s just enough to feed two hungry film buffs. Simply pour in kernels up to the line, fold over the lid and stick them in the microwave – no oil or butter required. When they’re puffed and ready to munch, the lid will pop up to reveal the cinema snacks inside.

Projectors can be intimidating things, but Samsung’s bizarrely named The Freestyle is anything but. While pitched as a portable projector, it’s capable of projecting a 1080p image up to 100in in size, effectively putting a cinema screen in your suitcase. Samsung has also kindly built in features like autofocus and auto-keystone correction to help keep your picture sharp and straight on the wall. Not one for film fans who demand 4K, but for ease of use The Freestyle is king.

The Shining: A Visual and Cultural Haunting

Playing Santa for a Kubrick superfan? Gift them something to bury themselves in while the inlaws are watching Strictly. This stunning boxed loose-leaf book – styled to resemble the “writing project” Jack is working on throughout the film in question – explores The Shining’s rich cultural legacy through essays and new recollections, using the lenses of art, fashion, music, gender and mythology to re-examine the horror classic over 40 years on.

No self-respecting film fan should be marathoning 2022’s best flicks over the festive break using just their TV’s measly built-in speakers. At the very least they’re going to need a soundbar, and Sonos’ latest also happens to be its most affordable yet. To get the bad stuff out of the way, the Sonos Ray doesn’t have Dolby Atmos (though Dolby Digital is supported) or an HDMI port, forcing you to hook it up via optical. But everything that people love about Sonos, from sleek design and great sound, to AirPlay 2 support and seamless wireless integration with an existing Sonos setup, is all here.

Perhaps they feel the need for speed and UHD? Well, as a gift-giver it’s your lucky day because both the original Top Gun and its record-obliterating sequel, 2022’s Top Gun: Maverick can be purchased together, both in shiny 4K, with this limited edition steelbook. As well as the two films, you get over two hours of bonus content, bringing the grand total to 479 minutes of Tom Cruise wearing aviators.

Dolby Atmos soundbars appear to be getting smaller by the hour, and Polk’s MagniFi Mini AX is a frankly ridiculous case study. Barely longer than one of those rulers you used to have in your pencil case at school, calling it compact is almost insulting, but the miniature bar supports both Dolby Atmos and DTS:X virtual surround sound, aided by Polk’s SDA tech. And in case you’re wondering, it can make a right old racket too.

Want to feel older than a Stegosaurus? Jurassic Park turns 30 next year, so now is a great time to treat one of the film’s fans to some dino-themed Lego. Its latest Jurassic Park set is a very displayable plastic brick recreation of one of the film’s most famous scenes, where we see the T. rex for the first time. The 1212-piece diorama features two Ford Explorers and comes with four Minifigures.

Being a movie lover in 2022 is hard work. You need to subscribe to about 30 different streaming services and there’s so much choice that you can spend the entire allotted evening bickering with your other half about what to watch. These handy dice at least go some way to help out with the second problem. Each of the six sides is labelled with a different genre, narrowing down their options. Downside? Having to settle for a rubbish rom-com.

Shonky Wi-Fi is the enemy of steady 4K streams, but megabits-per-second will be the last thing on your mind with this Panasonic box attached to your telly. Ultra HD Blu-ray is still the sharpest way to watch your favourite films and the DP-UB820EB is the top disc-spinner for the task: support for HDR 10, Dolby Vision, DTS:X and Dolby Atmos means it delivers the best sound and vision in the business. You’ll just need to upgrade the rest of your home cinema kit to match.

We’re trying to resist the obvious opening line, but sadly it’s just not possible: with this E.T.-themed wireless charging dock they’ll never have to worry about not having enough juice to phone home. Sorry. Anyway, the excellently named Power Idolz’ 10W wireless charger is styled as a retro E.T. VHS box, making it a lot more interesting to look at than your average Qi pad, and the model also features a light-up LED fingertip.

Long before the MCU came along, Sam Raimi’s Spider-Man changed spandex-heavy cinema forever – and just as great as the film was the soundtrack that accompanied it, which is getting a vinyl release for the first time to mark the film’s 20th anniversary. Danny’s Elfman’s suitably epic score, which we dare say hasn’t been topped in Spidey’s more recent big screen outings, comes on a gold LP and includes a few posters of the webslinger for good measure.

It’s worth casting your eye over all of Citizen’s Star Watch collection, but if pushed we’d probably go for this one. A wrist-based tribute to arguably the most iconic fight scene in movie history, this silver stainless steel timepiece is finished with red and blue markers around the dial to represent Luke and Vader’s lightsabers, while the latter’s famous “I find your lack of faith disturbing” line is engraved on the back of the case.

You can easily spend a fistful of dollars on a top-spec soundbar. And for a few dollars more, you can add a separate sub. But if you’re looking for good audio to replace bad TV speakers without an ugly price tag, Groov-e’s affordable Bluetooth soundbar should hit the mark. It won’t beat premium rivals in a straight shootout, but with 160 watts driving 2.1-channel speakers and a built-in sub, it’ll give a better rendition of cinema soundtracks than your telly’s tinny tweeters. Ideal if Morricone’s on the watchlist this Christmas.

Tue Nov 1 , 2022
So you want to acquire the ideal mid-assortment laptop? It’s a reasonable selection. Following all, why shell out upwards of a grand on a machine if you won’t acquire advantage of all its options? As with smartphones, mid-range laptops utilised to suggest a compromised knowledge with lag and poor performance, […] 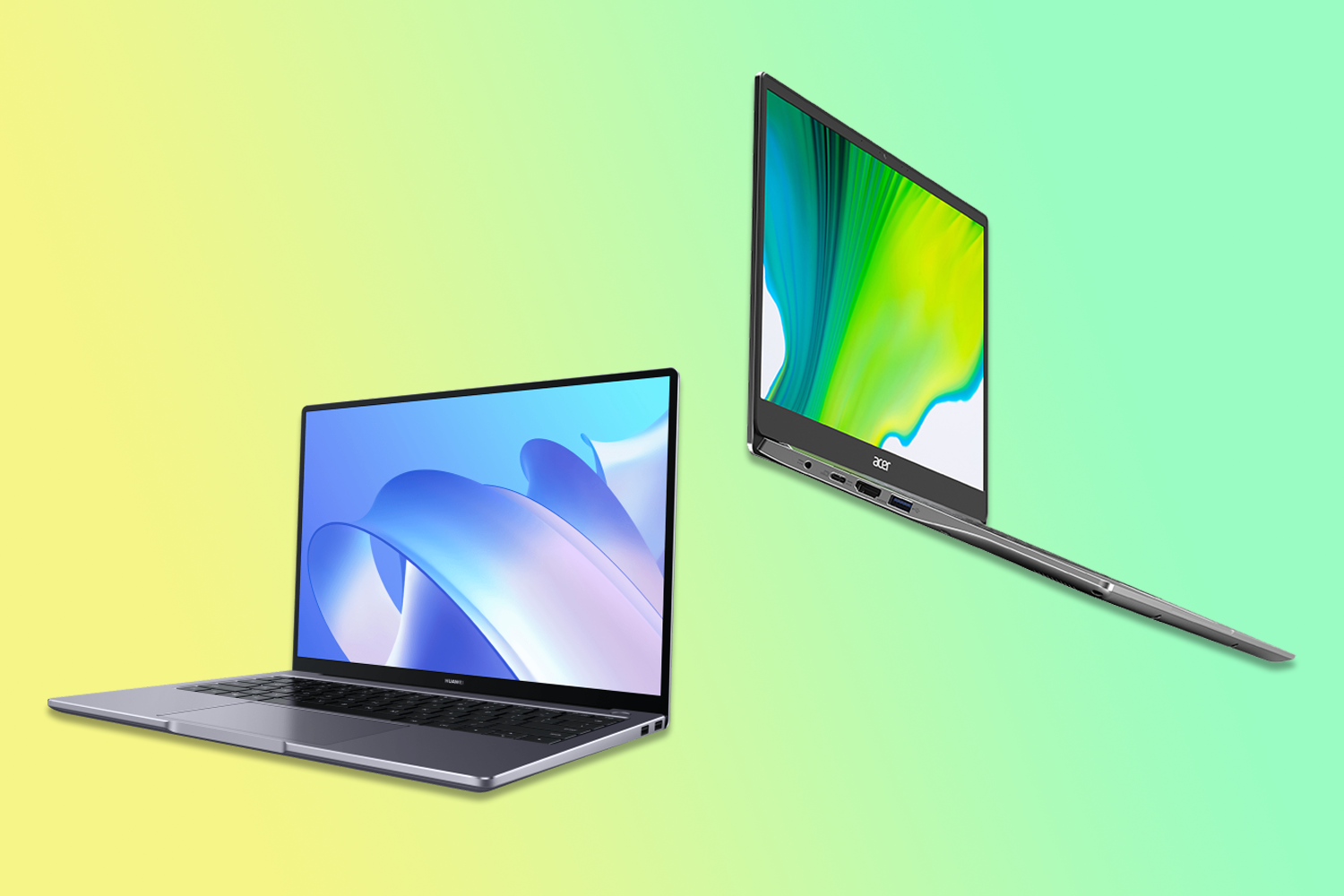