Tiernan Ray has been covering technology and business for 27 years. He was most recently technology editor for Barron’s where he wrote daily market coverage for the Tech Trader blog and wrote the weekly print column of that name.

If you’re active in cryptocurrency trading, you’ll eventually grapple with this conundrum: crypto mining is an energy hog.

According to Bitcoin mining firm CleanSpark of Henderson, Nevada, the production of a single bitcoin takes 1,074 kilowatt-hours worth of energy, the equivalent energy needed to keep a household of four humming for 37 days. The creators of the Ethereum blockchain estimate that mining Ether coins (Ether or ETH) via its “proof-of-work” protocol consumes as much energy annually as the total energy consumption of Finland. It also produces a carbon impact on the environment similar to that of Switzerland.

Why so much energy? As the name suggests, proof-of-work requires work — specifically a lot of computing power — as miners compete aggressively to be the first to find a very rare cryptographic hash used to win a block and add it to the blockchain. Being the first to find that hash requires an enormous amount of computer processing power, sometimes in the form of hundreds, if not thousands, of crypto mining rigs operating 24/7. The first miner to find and validate the block gets rewarded in cryptocurrency. The complexity of finding that hash makes it dang near-impossible to go back and alter the history of the blockchain, making the chain impervious to corruption, and therefore very secure. Proof-of-work is the consensus mechanism used for both Bitcoin and Ethereum.

But over the past couple of years, there has emerged a more efficient, less costly, and environmentally-friendlier consensus mechanism used to build blockchains and, in the process, generate crypto coins: Staking.

In 2020, the Ethereum blockchain, which creates ETH, began work on enhancements and updates, known at the time as Ethereum 2.0 (or Eth2), a second, separate system of coinage alongside the original Ethereum blockchain. Now known by the Ethereum Foundation as Ethereum Merge, “the merge” moves from the traditional proof-of-work mining approach to what’s known as “proof-of-stake,” whereby validators put up an amount of capital to attest to the validity of a block. It’s what the Ethereum folks call a “new engine” for Ether, and “a public good for the Ethereum ecosystem.”

In proof-of-stake, each new block in the Ethereum blockchain is created when validators, and groups of users in staking pools, stake their altcoins (in this example, Ether) to validate a block on the blockchain. The validators are randomly selected in order to propose the validity of a block. That block needs to be attested by the majority of other validators. So, validators put up their ETH assets as collateral to validate a proposed block (those assets are put on hold during this process). If the block is deemed legitimate, then the stakers receive their assets back plus an additional “reward” of coins for successfully validating the block and staking new coins. If, however, the block is deemed illegitimate, or validators are acting maliciously, the staked amount will be “slashed.”

In staking, validators and those in staking pools split the rewards earned each time a new coin is created. The big appeal of staking is that the amount earned can be sizable, but in reality, it can vary from 2% to 20% depending on the number of validators participating. For those in a staking pool, it’s generally less than 10%, compounded annually. Still, there’s a reward for those who stake their coins to ensure the chains on a block are legit.

Eventually, the “Beacon Chain” — the backbone of Ethereum 2.0 — is expected to merge with the original Ethereum blockchain, whereupon proof-of-work will go away and all Ether will be minted via staking. The current expectation (subject to change) is that the merger will happen this year either in the third or fourth quarter.

The energy savings can be significant. According to Ethereum’s backers, if the energy per transaction to mine a single Bitcoin were equivalent in size to Dubai’s Burj Khalifa (the world’s tallest skyscraper at 829 meters), then mining a single Ether coin would be equal in size to the Leaning Tower of Pisa, a mere 56 meters tall. Staking would be only two-and-a-half centimeters, the height of a common screw.

A good place to start learning about staking is in the staking explainer section of Ethereum’s website.

To qualify as an Ether validator in the comfort of your home, you’ll need your computer, an Internet connection and have had to stake 32 Ether coins, which is nearly $91,600 at an exchange rate of $2,862 a coin, as of April 29. If you are running your own rig, there are a lot of technical details about how validation functions that you’ll need to bone up on.

You can also have someone else run the computer operations on your behalf while you simply lend the 32 Ether, known as “staking as a service,” or SaaS.

There are numerous service providers to go to for SaaS. One of the more prominent ones is Figment Networks, a Toronto-based start-up that claims to be the world’s biggest blockchain infrastructure provider.

Figment offers numerous details and insights about the staking process on its website. The current estimated annual yield for staking is between 2% and 20% of the value of your Ether, which you must lend in fixed denominations of 32 Ether. There are a lot of variables that can impact return, such as how many other parties join the staking effort, and how fast the Ethereum blockchain mints new ether coins.

For those who don’t have $91,600 worth of Ether, a third option is a pooled staking service where multiple parties have their Ether combined by a service provider and staked together.

One such service is Lido, which provides pooled staking of Ether and other currencies including Solana, Terra and Kusama. The group claims to have facilitated 75% of recent Ether staking. Lido advertises that it has amassed $10.4 billion worth of Ether in staking operations, and offers a current annual percentage rate return on Ether of 3.8%. Some of the other coins have higher APRs.

A major downside, as with lending, is that staking locks up one’s Ether holdings for a period of time. When you stake now, your ETH coins will be locked until the Eth2 rollout is complete. Staking is an emerging service, and so the details are still fuzzy as to how long that period of time will be; perhaps as long as it takes for the proof-of-stake system to achieve smooth operation, which is currently discussed as being up to a year-and-a-half. That’s a long time to have your money tied up.

To deal with that lockup, crypto trading firm Darma Capital is developing LiquidStake, which will lend the dollar-backed USD Coin (USDC) to anyone who agrees to stake their Ether. The fees for LiquidStake are steep, however—10% to 11% of any rewards generated from staking, plus interest of 13.5% in the form of additional USDC.

Similarly, the Lido operation deals with the lock-up via its own token system, called Stacked ETH, or stETH, which stands in for your staked Ether while it’s being used. StETH can be used “in all of the same ways” as regular Ether, according to Lido; “sell it, spend it and — since it is compatible to be used in decentralized finance (DeFi) — use it as collateral for on-chain lending. “When transactions are enabled on ETH 2.0, users can also redeem stETH for ETH,” says the service.

There are two main risks to keep in mind with staking. First, if the validators who are using your ETH fail to properly perform the computer operation of validation, then rewards are forfeited for both you and the validator. Second, you can lose half of your Ether stake if multiple parties fail in this way. Both scenarios are considered forms of slashing.

A broader, intriguing, concern is that pools of lenders and validators, such as Lido, become areas of concentration. That produces a number of issues, such as whether a pool can minimize malicious behavior by the validators it oversees. A recent blog post by Lido staff notes that how to run a great staking pool is an emerging discipline and is still being refined.

All of these issues are important to keep in mind, but shouldn’t discourage you from using your crypto to make a little money on the side while helping to save the planet.

The Graph Is Down More Than 10% Today. Should You Buy?

Sat Apr 30 , 2022
Impression source: Getty Pictures The Graph project is also down 35% above the previous 30 days, but will engage in a big purpose in World-wide-web3 — the next technology of the net.Related Posts:Mining cryptocurrency uses a 'disturbing' amount of energy, lawmakers say Key factors The Graph challenge is very well […] 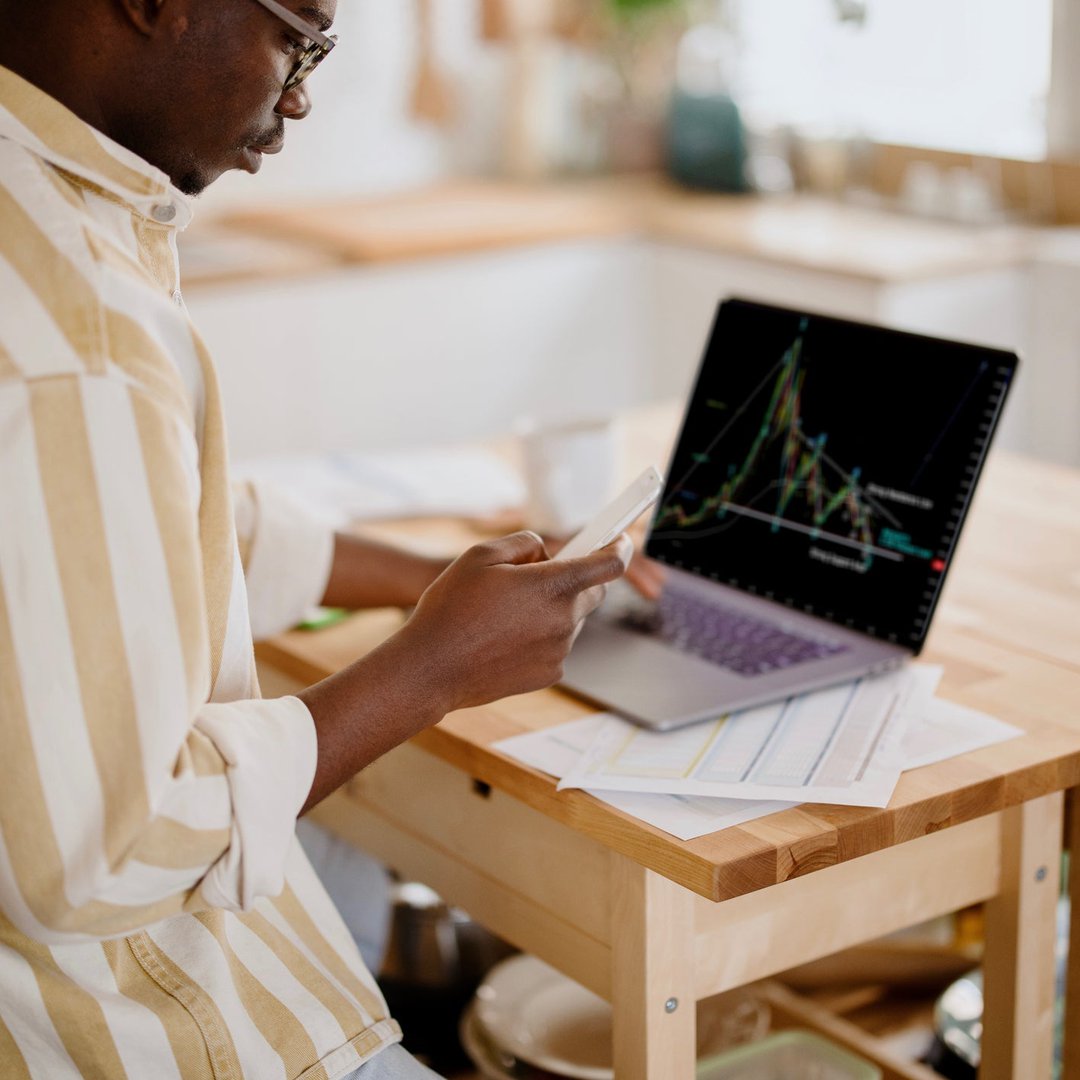