Welcome back to Toy Aisle, io9’s regular round up of the latest and nerdiest toy news. This week, Hasbro heads back to the Haslab with a flamin’ hot Marvel set, Mondo conjures up an X-Men icon, and much, much more. Check it out!

Today Hasbro revealed its latest crowdfunded super toy with an 18.5-inch long reproduction of Ghost Rider Robbie Reyes’ Engine of Vengeance. The 1:12-scale vehicle, loosely based on the muscle cars of the ‘70s, is packed with 20 LEDs that along with various transparent accessories create light-up Hellfire mode flame effects in the tires, grill, tailpipes, and the included Reyes figure’s head, through the driver’s seat headrest. The vehicle can be converted to a flame-free street mode as well, although initially the set will only include a Ghost Rider version of Robbie Reyes, with a human form only unlocked later with enough backers. Pricing is set at $350, but the set will only go into production if 9,000 supporters back it by October 31.

What Hot Wheels is to America, Takara Tomy’s Tomica line is to Japan, but fans of anime—particularly Studio Ghibli’s work—might want to defect as a new Tomica line features whimsical vehicles from those movies. The Dream Tomica line includes the Catbus from My Neighbor Totoro, the Sea Railway from Spirited Away that allows two of the train cars to be connected back to back with a painted Chiiro and No-Face hidden inside, and the Savoia S.21 seaplane/flying boat from Porco Rosso. All three of the vehicles will sell for just shy of $10 each and will be available for pre-order starting on October 15, and available on November 19—if you live in Japan.

To collectors, German brand Steiff might as well be the Rolex of plush toys and teddy bears. That explains why its entry to the 40th anniversary celebrations of E.T. The Extra-Terrestrial comes with a $460 price tag, and a limited production run of just 1,982 units. (The film debuted in 1982.) Made from a microfiber material since E.T. didn’t have any fur, the 13-inch tall plush has been airbrushed to give it more detail, and includes a removable red hoodie, as well as movable arms and a head that can turn from side to side. It’s available for pre-order now, and is expected to ship later this year.

Mondo’s latest 1:6 toy ventures back into ‘90s nostalgia with a second X-Men: The Animated Series figure. Bringing the master of Magnetism himself to life, the toy includes multiple helmeted and helmetless options for Erik, including versions of his head that are dramatically shadowed by the brow of his helm for extra cel-shading effect—something that continues across his body to ape the animated feeling even more. Appropriately, Magneto also comes with myriad magnetized hands, so he can hold force field and debris FX accessories. Alas, if you want one now, you’re going to have a hard time: Mondo ran a limited sales window for Magneto up to midnight CT yesterday, and he cost $225 ahead of an expected April 2023 release. [Mondo via Toyark]

EXO-6 has revealed its next sixth-scale Star Trek figure and this one is probably going to be a big seller as it brings us Captain Jean-Luc Picard as the Borg Locutus, based on the character’s appearance in the TNG episode, “Best of Both Worlds, Part II.” The 11.8-inch figure includes a custom emotionless sculpt of Patrick Stewart augmented with Borg implants and a battery-powered red LED simulating his laser, over 30 points of articulation, a mechanical appendage in lieu of his right arm, plus tubing snaking around his body and over 30 pieces of armor. Pricing will be around $245 with availability next spring. There’s probably a “resistance is futile” joke when it comes to deciding whether to pre-order this one, but we’re not going to make it so.

As we pointed out before, it’s been 40 years since E.T. The Extra-Terrestrial first hit theaters back in 1982, so what better time to start its marketing machine back up? There’s loads of new E.T. merch now available, including yet another addition to Fisher-Price’s collectible Little People line-up. The $15 set is available now and includes Elliott in a red hoodie holding a flashlight, Gertie in overalls holding a flower pot of resurrected geraniums, and E.T. himself with a glowing finger and chest who looks more than ready to get back home.

If you’re one of those people that used to walk into a Disney Store empty handed but walk out with five bags overflowing with toys and collectibles, imagine leaving with the store itself. Zuru already has a peculiar line of collectibles called Mini Brands that are exactly that: miniature versions of everything from toys, to fast food, to fashion accessories, that all come in equally miniature matching packaging. That includes loads of Disney merchandise, which can now be displayed on shelves in this miniature $30 Disney Store that is so meta is starting to give us a headache.

Remember those 3D images that were all the rage in the ‘90s that to many people just looked like random noise? (They were best known as “Magic Eye” images but are technically called autostereograms.) If you were one of the lucky ones who were able to see the 3D images pop off the page, you can now leverage that skill to cheat in poker with this $13 special deck of cards. On the back of each card appears to be a random pattern, but it’s actually a functional autostereogram that reveals the card’s suit and number if you relax your eyes, or cross your eyes, or uncross your eyes, or whatever sorcery was needed to make them work.

Want more io9 news? Check out when to expect the latest Marvel and Star Wars releases, what’s next for the DC Universe on film and TV, and everything you need to know about House of the Dragon and Lord of the Rings: The Rings of Power.

Sat Sep 17 , 2022
PlayStation is a universal gaming console that practically each and every player is very well versed in. On the other hand, what you really don’t know about this gaming console are the downsides. For instance, if your PS4 has grow to be incredibly gradual and laggy, it is a sign […] 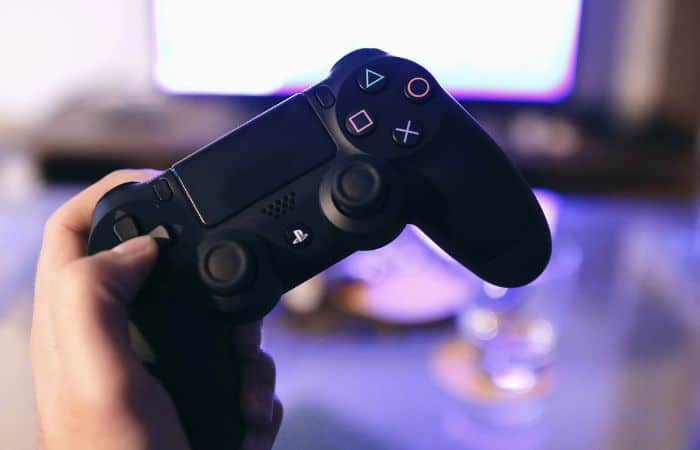